For Millennial Parents, Child Care is Only Part of the Answer 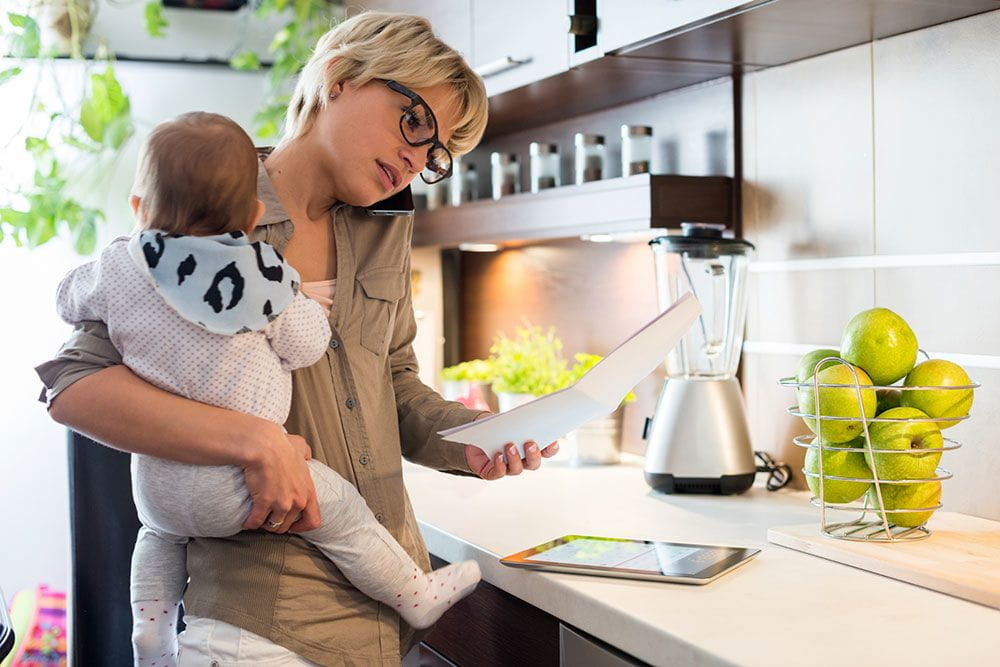 Earlier this year, the Center for Disease Control released its annual report on U.S. births.

While the birth rate is relatively static, who's having children is changing. Not surprisingly, nearly all 90% of new mothers in 2014 were those important Millennials everybody's so fond of talking about. But in addition to a slight uptick in overall birth age, there's a new skewing in first-time mothers' ages, from an average of 24.9 years in 2000 to 26.3 in 2014.

This might not at first seem a huge leap, but if you look closer you spot the more important trend one in which substantial numbers of women are delaying childbirth well into their 30s. In fact, the biggest leap reported by the CDC was in first-time mothers age 30 to 34 in that age group, births rose a not insignificant 28%, marking an uptick that began around the turn of the century and continues to climb.

That means working mothers and, as we've pointed out before, let's not forget Gen X here, are likely going to continue to be well into careers when they have children, making them more valuable not only to their current employers but also to competitors who would like to lure them away. And carefully planning Millennial mothers and in fact fathers are already scoping that out, sizing up job opportunities not just for what they offer today, but for how likely their employers will be to keep up with them as their needs change. In 2013, more than half of employees said child care was a big part of their decision to take a job and they didn't even have children at the time they were hired.

Millennial Parents Want More Than a Check in the Box

But it's not enough to think about child care as merely a service or a check in a box. Among the other things we know about Millennials is that they're the most educated group in history 61% of them have attended college versus 46% of Boomers. They also want to continue to learn, with well over half saying they'd choose a job for its growth potential and educational opportunities over salary.

It's no leap to assume that same dedication to education would extend to their children. For Millennial parents and in fact all parents in our increasingly education-focused society child care isn't just a service to get parents to work, but one that helps get children to school.

The latter can't be overstated. Millennial parents aren't just thinking about care they're thinking about learning. Without a curriculum program that both supports important milestones and follows children through key ages, child care is just a temporary solution that has to be rethought every time a child reaches a new developmental stage such as when a toddler becomes a preschooler. A center that can account for all those transitions offers substantially more value, to children, to parents and to employers.

The Long-Term Benefits of Early Education

This becomes even more important when you realize that a first-time mother at age 30 is likely to become a second-time mother further into her 30s, expanding both the number of years she'll need child care and the pivotal career responsibilities those parenting years are likely to coincide with. This could present a challenge for unprepared employers who want to preserve their knowledge bases (and who doesn't?). Organizations like the Center for American Progress say as much, noting a clear line not only between working parents and their employers' bottom lines but between today's early education and tomorrow's success.

"Decades of research have also shown that investing in our children at an early age pays social, educational, and economic dividends over the course of a child's lifetime," wrote the center's Senior Policy Analyst Sarah Jane Glynn. "Investments in these programs help cultivate a future workforce, secure long-term economic competitiveness, and develop our nation's future leaders."

Such sentiments confirm what we already know that child care is not a side issue, but one that impacts businesses and the economy. With today's parents increasingly older and wiser, providing those investments offers long-term benefits for all.