Caring for Your Parents – From Their Perspective | Bright HorizonsÂ®

Caring for Your Parents – From Their Perspective 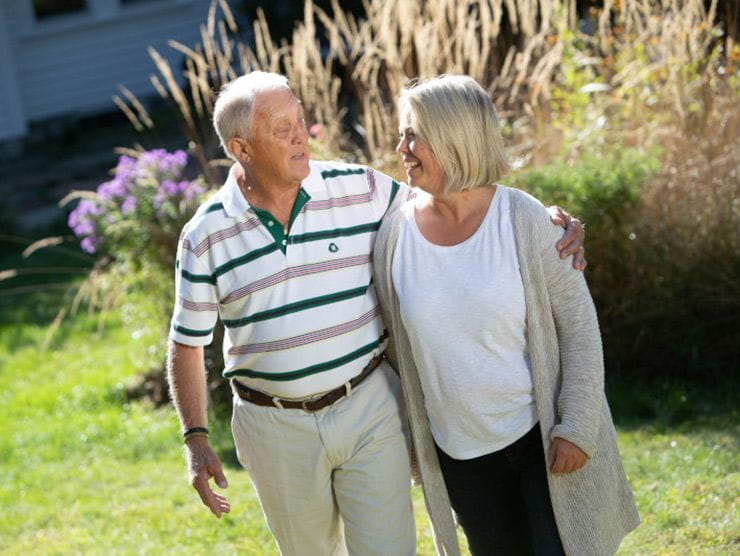 As Boomers age, new challenges arise. Here are ways to tread lightly as your parents head into their golden years.

Ninety-year-old Ed had just been widowed when his living arrangements began to concern the family.

“It was clear he had no idea about things like housekeeping or meals,” says his daughter-in-law Lisa. “But he was still vital and energetic and we were having a hard time finding the balance between wanting to be helpful and being insulting.”

Lisa’s quandary isn’t unusual. Young-at-heart Boomers are aging into their golden years at the rate of 10,000 per day, bringing challenges both for the seniors themselves and the adult children who love them. But those who’ve been on both sides of the equation say Lisa was smart to tread lightly.

“As parents get older, attempts to hold on to our independence can be at odds with even the most well-intentioned ‘suggestions’ from our children,” wrote Claire Berman on The Atlantic recently. It can add up to a kind of odd time when earlier conflicts of the parent/child relationship seem to repeat themselves…only in reverse. “We want to be cared about, but fear being cared for. Hence the push and pull when a well-meaning offspring steps onto our turf.”

Author of the book, “Caring for Yourself While Caring for Your Aging Parents,” Claire says she’s occupied both sides of the age divide (caregiver and aging parent), and used the article to provide insight on what parents think about relationship with their adult children.

Some of what she had to say:

Don’t be flip. It’s a time-honored tradition to make fun of things like perpetually blinking turn signals and “non-perishable” groceries that expired in 1987. But rather than piling on, be sensitive to stereotypes. “Ten years ago, I probably would have joined in the fun,” says Claire, noting that she now assesses expiration dates before family visits to save herself the heartache. “Now I’m more sensitive to being criticized.”

Talk to your parents. In researching her book, Claire said she spoke with just about anyone and everyone who could shed light on elder care…except the elders themselves. “That,” she says, “now strikes me as a glaring omission.” The message: don’t forget to include your parents in the conversation.

Understand your parent’s perspective. Just as Lisa found out, an adult child’s caring intentions may well be misread by parents. One woman told Claire about her children who were helping to the point of driving her crazy. “It tells me that they think I’m not competent,” she said. As a result, wrote Claire, “she’s stopped telling them when she really does have a problem.”

Try not to pathologize normal signs of aging. Sometimes a weak moment is just a weak moment…and not a sign of something more. The Atlantic author tells the story of her friend Eleanor who feels scrutinized by her daughter and son-in-law whenever she has trouble finding the right word. “They exchange these long meaningful looks,” wrote Claire. “The only thing their scrutiny accomplished was putting her on edge when they spent time together.”

Sometimes, of course, a concern really is a concern. If aging drivers are a danger to themselves or others, you have to intervene quickly. But in other circumstances, says a Penn State study referenced in the Atlantic story, often your best option is to be patient. “Do not pick arguments. Do not make a parent feel defensive. Plant an idea, step back, and bring it up later.”Most important, remember…they raised you. And some day, with any luck, we’ll all go through the transition to elder statesman. Perhaps now, we have the opportunity to set the template for helping each other to do it gracefully.