What the Pandemic Has Taught Us About Working Parents 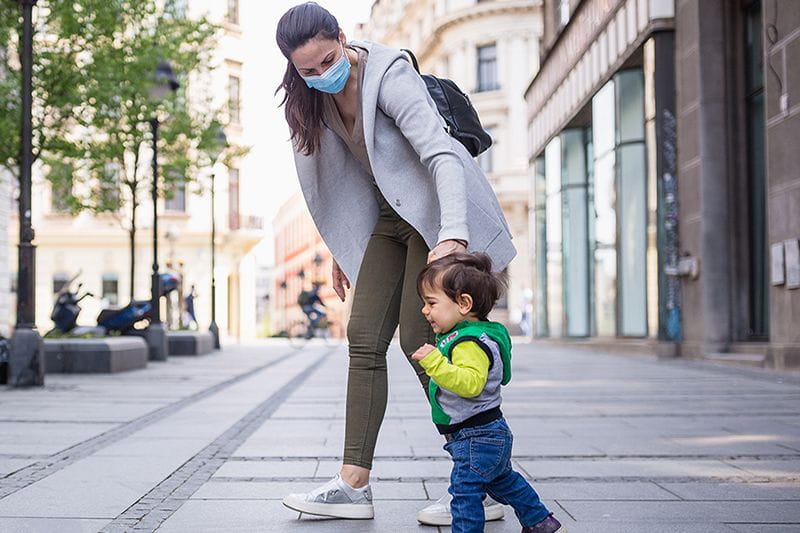 One of the odd hobbies I’ve taken up lately is reading through old work emails from the start of this year – a sort of reminder of what life was like before the pandemic.

Flipping through eerily business-as-usual messages from January was so ominous – like watching a horror movie and wanting to warn the family not to go into the basement.

But amazingly, not everything in the “before” portion of our program was actually better.

Among the striking things in those pre-pandemic emails were the subject lines about parents hiding family responsibilities from the boss: “Many women afraid to tell the boss they’re pregnant”; “Family obligations are ruining careers”; “Parents worry honesty could cost them their jobs.” “Two decades into the 21st century,” read our 6th annual Modern Family Index (MFI) released in January of this year, “parents aren’t just afraid to take time for their families; they’re fearful of even mentioning them at all.”

That was then. The subterfuge went out the window in about March when closed schools and no caregivers meant children (literally) stepped in front of the camera. Suddenly, parents were unapologetic about their responsibilities – because they had to be. Rule 1 in our Modern Family Index (“Don’t Talk about Family”) gave way to rule number 1 of the pandemic (“You’re going to see my kids in Zoom meetings”). And you know what? Turns out parenting itself isn’t bad for job performances. One study showed 30% of parents reporting an increase in productivity – perhaps a nod to their long-known talents for multi-tasking and dogged commitment to doing whatever it takes to get the job done. “The expectation that work deserves single-minded devotion has long been a fiction,” a University of California professor told the New York Times. “This fiction has now been laid bare.”

Yet it wasn’t only children that appeared in full view, but the conflicts that came with them. Study after study showed parents working into the wee hours to deliver on their job commitments. Those conflicts may have been heightened by the pandemic, but they were always there. And while they don’t diminish performance, the threat of burnout was and continues to be real. Studies like this showed that in a single month of the pandemic, a third of working families either dropped out or dialed back careers because of those conflicts. Not surprisingly, with roughly a third of the workforce at risk, headlines started talking about child care as a make or break for the economy. “A consensus is emerging among top economists and business leaders,” wrote the Washington Post, “that getting kids back into day cares and schools is critical to getting the economy back to normal.” In the months since, employers have stepped up, seeing the need, and responding with more than daycare for preschoolers, but also support for school age children and teenagers.

The messiness is still there. Conflicts between work and families are still intense – and will continue to be now, and during whatever comes next. But at least they’re out the open. Not a day goes by that we don’t see a toddler on a Zoom call or unapologetically adjust a meeting to accommodate a nap or feeding schedule. And business marches on.

So the pandemic was finally able to do something years of trying could not do: bring parenting and all its messiness out into the open. “Our current situation is posing fundamental challenges to the idea that personal and professional identities can be kept separate,” a Harvard Business School professor told the New York Times.

Let’s hope that someday when we look back, we’ll remember this as the time working and parenting stayed in front of the camera for good.

Webinar: What’s New and Next in Supports for Working Parents

No child care; no after-school activities; no dependable school schedule; the pressure on working parents just won’t let up. In a webinar on 10/27, we'll join other HR leaders to discuss what employers are doing to support them. 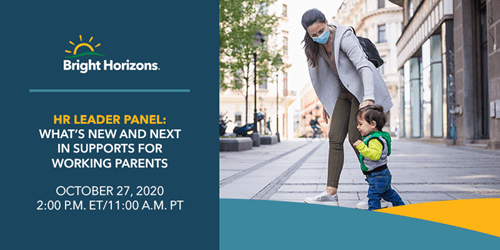 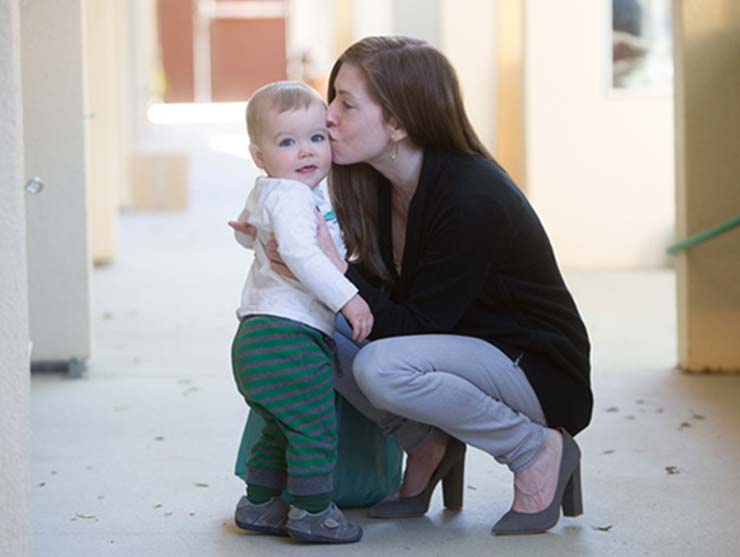 Blog
From Our Blog: Toddler Car Sickness: How Do You Prevent It? 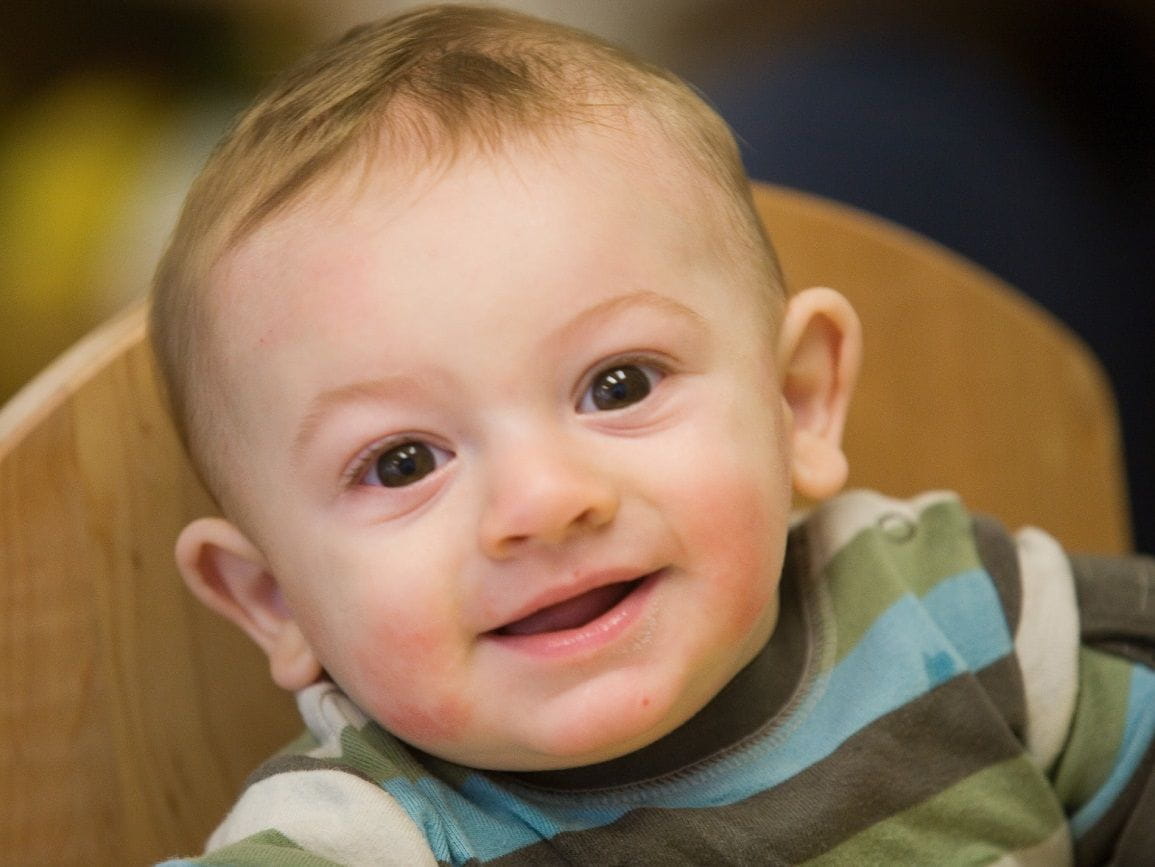 Article
Planning for Maternity Leave & Returning to Work After Baby 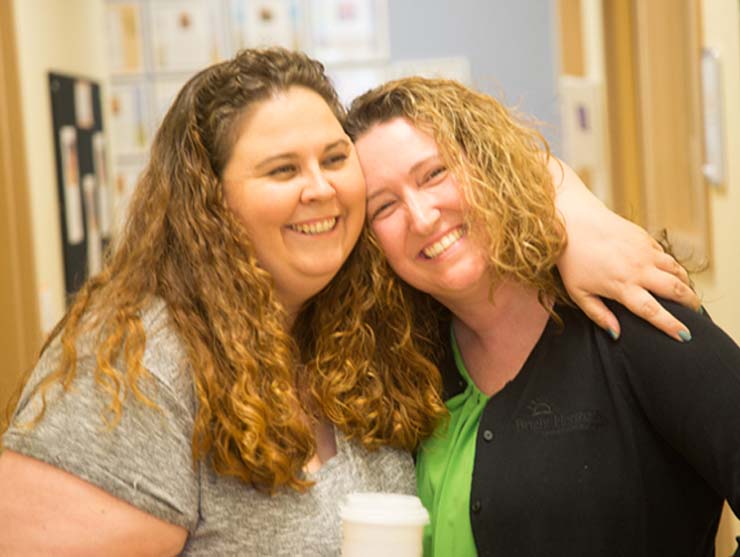 Blog
From Our Blog: How Do Busy Parents Make Time for Friends?