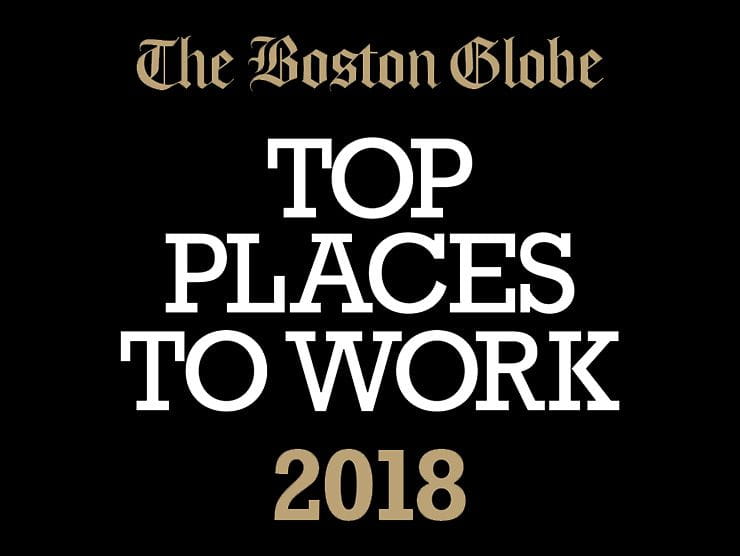 November 19, 2018 – Bright Horizons has been named one of the "Top Places to Work" by The Boston Globe for the 11th consecutive year. This recognition places the company among the most admired workplaces in the state as voted by its own employees, highlighting how important the company culture continues to be since the company’s founding over three decades ago.

"At Bright Horizons, we have a mission to make a lasting difference in the world around us. As our employees work every day, they continue to do it with passion and with purpose, and it is for that reason that we’ve been able to earn this honor as a Top Place to Work for the 11th time," said Bright Horizons CEO Stephen Kramer. "I am incredibly proud to of our employees who not only thrive in their daily work, but are equally committed to making an impact in the community and in the lives of children and families in need. That is an intrinsic part of what makes Bright Horizons who we are."

This year, when the plight of children and families coming across our nation’s southern border reached crisis proportions, the company immediately sprang into action to find out how to support the families in need. Featured in the Boston Globe, employee Zachary Thompson together with CEO Stephen Kramer visited McAllen, Texas to see first-hand what was needed. From that visit, an immediate plan was put into action for Bright Horizons employees to create The Humanitarian Respite Center Restoring Dignity Bright Space in McAllen. This Bright Space is now a place where children and families can heal from the trauma of violence, poverty, and displacement.

Additionally this year, the company launched the innovative Early Education Degree Achievement Plan to provide its own early childhood educators with a free associate and bachelor’s degree with no out-of-pocket expenses. This program breaks down major obstacles that can otherwise keep too many early educators from pursuing their degrees. The program launched with an overwhelming response, with the number of teachers enrolling in classes within the first few months of the program exceeding even the highest expectations.

The rankings in the Top Places to Work are based on confidential survey information collected by Energage (formerly WorkplaceDynamics), an independent company specializing in employee engagement and retention, from nearly 82,151 individuals at 318 Massachusetts organizations. The winners share a few key traits, including offering progressive benefits, giving their employees a voice, and encouraging them to have some fun while they're at it.

The Top Places to Work 2018 issue was published online at globe.com/topplaces on the night of November 15 and in The Boston Globe Magazine on November 18.