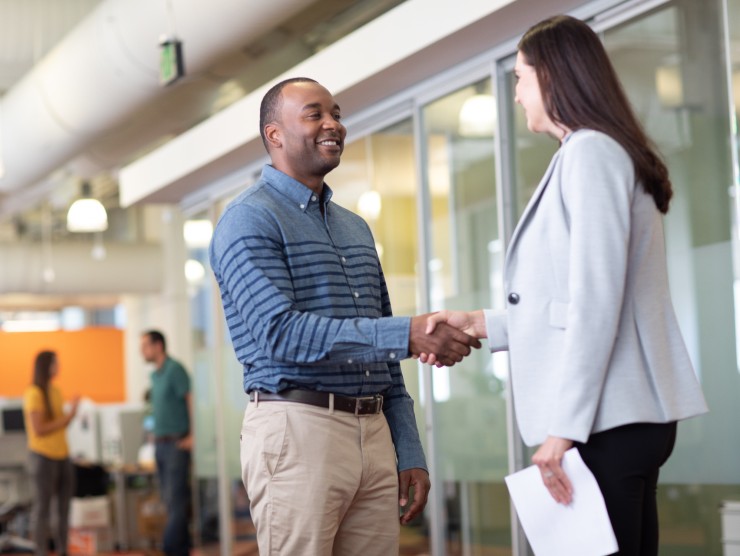 July 19, 2021 – Bright Horizons today announces that it has joined the OneTen initiative, a coalition committed to upskilling, hiring and promoting one million Black Americans over the next 10 years into family-sustaining jobs and to be accountable for their ongoing retention, development, and advancement.

According to the Bureau of Labor Statistics, Black Americans have a 50% higher unemployment rate than all Americans, and 74% of Black Americans are without a 4-year degree, compared to 61% of white Americans. By becoming a member of the OneTen coalition, Bright Horizons brings a deep understanding of creating pathways to help upskill the American workforce. As such, in addition to serving as a member of the coalition, Bright Horizons EdAssist Solutions has also been endorsed by OneTen as a talent developer to help employers build career pathways for diverse talent.

“A year ago, we at Bright Horizons recommitted ourselves to a journey we had been on for quite some time, to be part of the solution to end institutional racism and social injustice,” says Felicia Robinson, Chief People and Inclusion Officer. “We are dedicated to achieving a number of diversity, equity and inclusion initiatives with the view that our work toward being a fully inclusive organization is not a sprint, but a marathon. We are honored to join the OneTen coalition as an essential step in achieving this goal.”

In order to upskill our own employees, Bright Horizons launched the Horizons Teacher Degree Program, a no-cost degree program for all employees in the company’s early education centers and preschools. The first-of-its-kind in the early education field, the program removes barriers for employees to earn an associate and bachelor’s degree in early childhood education. The program has seen widespread adoption among employees over the last three years as employees see a path to continuing their education and advancing their role within the company. To date, most participants of the Horizons Teacher Degree Program have been with the company 5 years or less (70%), are of Black/African American or Hispanic/Latino ethnicity (50%) and are between 20-29 years old (41%).

“As an education benefits company, we firmly believe there is a skills-first shift happening in the talent marketplace, something we have put into practice in our own business as we seek to upskill our own employees in the field of early childhood education,” says Stephen Kramer, Chief Executive Officer at Bright Horizons. “Bright Horizons is committed to the upskilling, hiring and advancing of Black individuals into careers with opportunities for advancement, and are thrilled to join this remarkable group of employers in this mission.”