Why Student Debt is Not a Money Problem 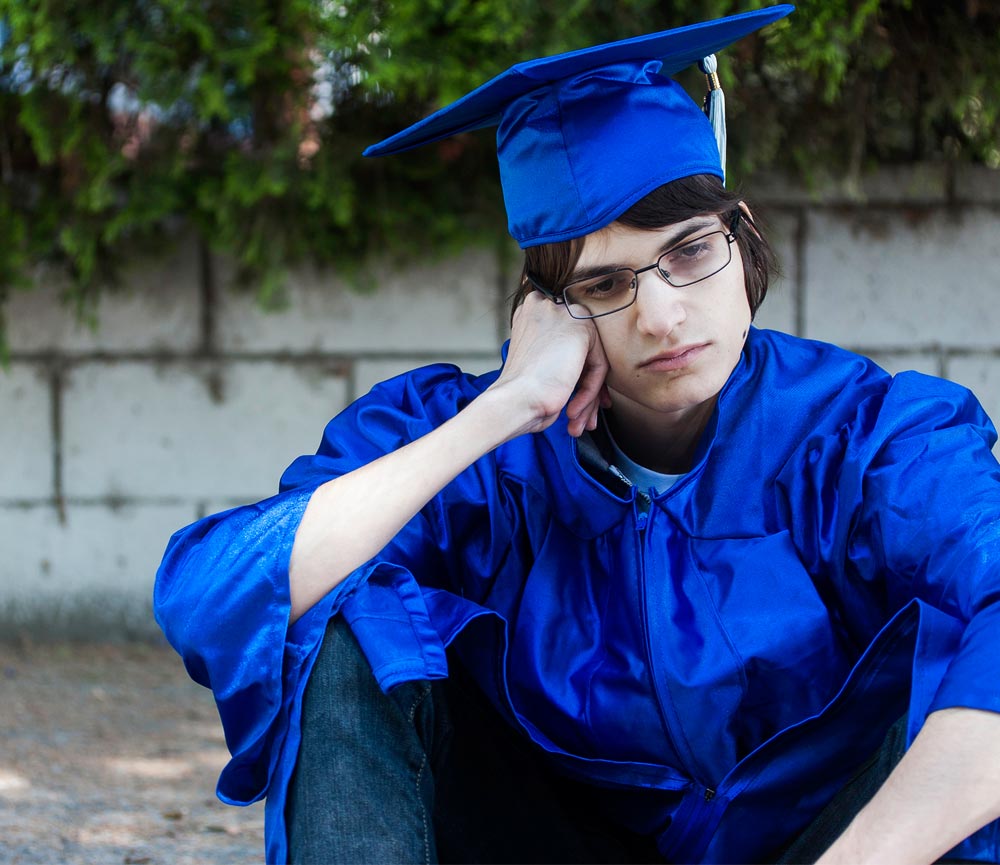 Having student debt is not fun; what's even worse is not knowing how to pay it back. But that's the case for an enormous number of people carrying some of today's $1.3 trillion in educational loans.

That's because student debt, unlike most any other financial obligation, has enough moving parts to make it seem impossible to get hold of. And that leaves people not only in debt...but in despair.

Degrees pave the road to better things, so it's understandable that people assume any amount of education debt will be easily repaid with that first post-grad paycheck. Plus, payments that start far off in the future make those four-figure monthly outlays feel unreal. Both can lead people to make unwise choices (for themselves and their children), taking on larger amounts of debt than they should, failing to consider better options, and neglecting the realities of what $1,000-plus monthly payments on an entry-level salary will really mean.

Many students immediately follow up undergrad diplomas with advanced degrees, neglecting to stop and calculate the toll until the sum is out of hand. Earlier this year, a writer on Slate told his story about finishing his master's degree in 2008 and finding out he had a staggering $200,000 in student debt - well over the average of $35,000. "Some well-paying professions might make this amount manageable," he wrote, "but for a bioethicist like me, it's been crushing."

Figuring out the Rules is Hard

Unlike a car loan or a mortgage, education debt often comes from multiple providers with multiple rules. Adding to the confusion: roughly a quarter of those with debt will find their loans sold to other servicers, a fact that many people don't consider when they take on substantial amounts of private loans. Two degrees and several years into his debt odyssey, the Slate writer risked bankruptcy as he tried fruitlessly to figure out the rules. "I could barely focus on anything else," he says. And that's from a guy with a PhD from an Ivy League college and a career with a well-known research institute.

The Burden of Student Debt is Everyone's Problem

These problems don't just dog the indebted. "Young people may have to abandon their educations early," wrote the Slate author. Entrepreneurship is suffering; purchasing power as well. In a New York Times article, a just-out-of-college couple paying $2,000 a month in loans - a mortgage without a house, as they put it - are finding it hard to think about a future that includes home ownership or kids. Those are side effects everyone should be worried about.

So the problem is big - bigger than just money. Employers are smart to put up some cash to help employees pay for education debt. In fact those who are matching employee payments - and paying directly to loan services - are shaving years off employees' loans and earning happy (and loyal) employees along the way.

But money's not enough. Without some solid repayment advice, it's a little like buying someone a build-it-yourself car, and then handing it over without instructions for putting it together.

What people need is someone to provide them a clear picture of "here's how you do it." And then maybe contribute a little to the pot to make it go faster. They also need solid guidance before taking on new debt - whether it's for their kids' educations or their own. That kind of advice doesn't just free up bank accounts - but also mental space.

When you consider the potential rewards!there's more than just money at stake.