RN to BSN: Reinventing the Nurse Workforce through Education Strategy 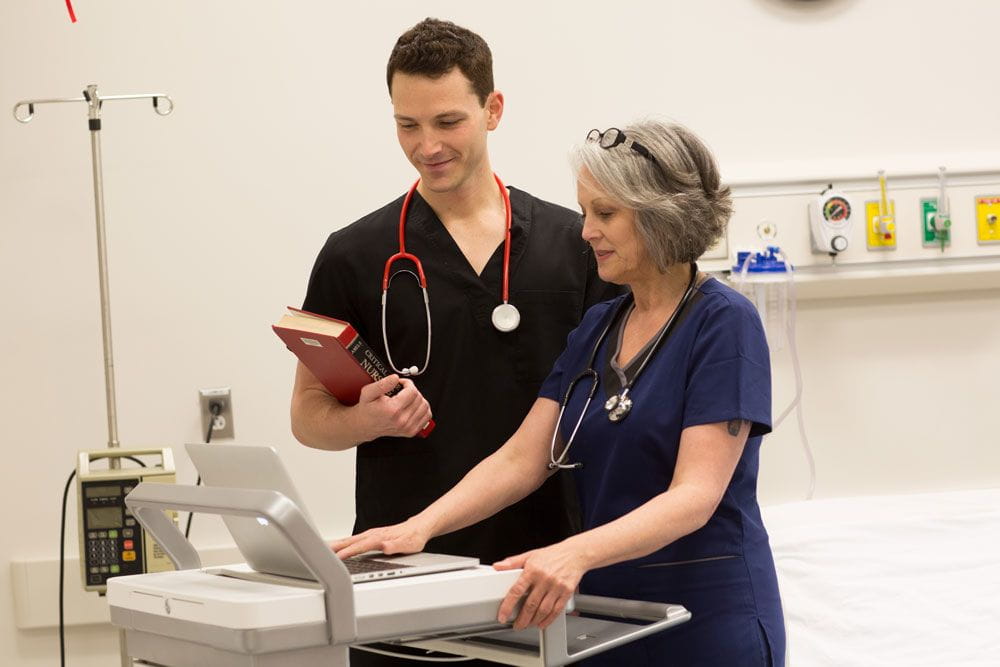 This past summer, HR Pulse, the publication for the American Society for Healthcare Human Resources Administration (ASHHRA), published an article about the challenges in the nursing profession, especially around the RN to BSN conversation.

Written by EdAssist's Georgio Bantos, it detailed the widely held desire in the healthcare field to have more highly educated nurses, and the push toward achieving that goal.

"This new call to action around nursing education was driven by the idea, and hard research that shows nurses with Bachelor of Science in Nursing (BSN) degrees possess the skills, knowledge and abilities needed to manage the increasing complexity of both patients and the health care system. Nurse researchers have found that every 10 percent increase in the proportion of BSN nurses on the hospital staff is associated with a 4 percent decrease in the risk of death."

For employers, getting there will require careful planning. Magnet Status, the designation requiring, among other things, that hospitals ensure 80 percent of its nurses hold at least a BSN, means ushering many people toward educational achievement in a way that is at once efficient and cost effective. The key then is strategy. Georgio - who specializes in just such nursing workforce strategies that guide academic progression to meet hospital needs and goals - detailed the story of Hackensack University Medical Center (HackensackUMC) and what a successful approach looks like.

"For HackensackUMC, almost a fifth of its nursing workforce - roughly 400 nurses - would need to earn a BSN for the hospital to maintain its Magnet designation, and the hospital wasn't naive  to these barriers. Under the leadership of Chief Nursing Officer Dianne Aroh, HackensackUMC made a commitment to support BSN as the entry level for all nurses on staff, as well as nurses hired into the medical center."

"To ensure staff were fully supported in their educational endeavors, Aroh partnered with HackensackUMC's Department of Clinical Education led by Administrative Director Denise Occhiuzzo and with its benefits team led by Director Paulette Wright, to identify ways to remove the aforementioned barriers for nurses. The benefits team subsequently formed a partnership with EdAssist, a Massachusetts-based provider of tuition assistance management services."

"EdAssist assessed HackensackUMC's existing tuition assistance program and revised it to ensure its use as a highly strategic tool that would not only support the medical center's mission of having its current nursing staff obtain BSN degrees, but align the academic progression of its adult learners to their current and future skill gaps long-term."

The efforts are ongoing. And as Georgio wrote, they've led to substantial results to date.

"Today, HackensackUMC is already 9 percent closer to reaching Magnet's goal, with 71 percent of their nursing staff holding BSNs, although the hospital's goal is to exceed the Magnet requirement and maintain a BSN as its entry-level qualification. They have 177 nurses enrolled in bachelor's programs, 173 nurses enrolled in master's programs and 19 in doctoral programs. The on-site learning opportunity developed for HackensackUMC's nurses has been broadly embraced, with 22 nurses already graduated from one of two on-site programs."

That makes the HackensackUMC story instructive for all healthcare employers.

The article has been posted with permission by the American Society for Healthcare Human Resources Administration (ASHHRA) of the American Hospital Association (AHA).

Read it in its entirety here.