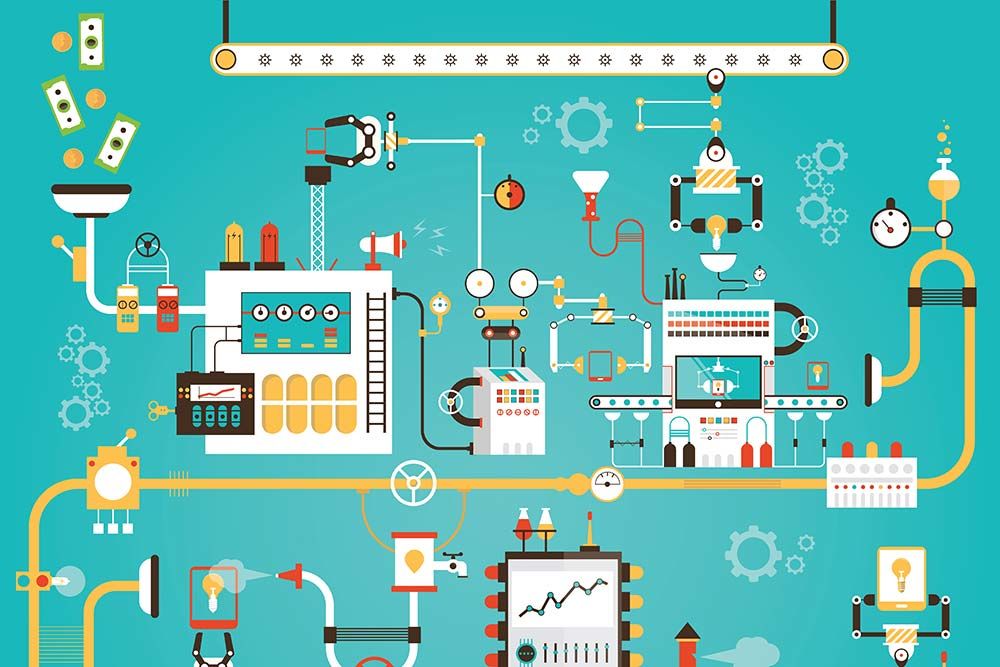 Last week, a reporter for the New York Times detailed his "aha moment" uncovering why his family was never able to eat dinner together on weeknights. It wasn't that mom and dad got out of work too late at night; it was that the kids were too slow getting up and dressed in the morning.

"We always intended to leave the house at 8 and get the kids to school," wrote Charles Duhigg.  But, "it took so long to get the kids dressed in the morning that we always left later than we expected."

If that sounds like a stretch, it isn't. To anyone who's experienced the phenomenon it makes perfect sense: dawdling children...late start...late finish...no dinner. Aha. It also confirms a theory I have about the work/life equation in general: that it isn't a cause-and-effect equation.

It's a Rube Goldberg contraption.

What has to happen for anyone to successfully get from the beginning of a day to the end is nothing short of a game of Mousetrap, with the morning wakeup routine the shoe that kicks the whole thing off and the afternoon carpool the lever that keeps the ball rolling. If all goes well, by bedtime, you'll have successfully wrangled all of your people to their correct destinations (the man lands in the tub!) and the elusive mouse (the actual completion of homework, science projects, and business deadlines) is safely snared under the trap. If one element is off (and as anyone who's played this game knows, failing to snap the pieces together can be fatal) the whole contraption falls apart. The day can be undone by something as small as a missing shoe.

With so many moving parts these days, nothing happens the way you'd expect; and smart HR people know cause-and-effect is a thing of the past. It's now cause, cause, cause, cause, cause!some seemingly unrelated effect. "A while ago it used to be we really separated personal and professional," Accenture's Julie Wilkes told us recently. "So you worked your so-to-speak 8-to-5 and then you'd go home and start your personal life. But not anymore. The way that the world works, we really have to honor personal and professional as one in that integrative lifestyle," she says.

Where to Start: Listen to Your Employees

This isn't just theoretical. At Accenture, real-world illustrations include figuring out that new moms didn't need better schedules to travel to clients - they needed an effortless way to get through airport security with a bottle of milk. And so milk shipping was born.

And it's not just physical obstacles. Never underestimate the power of peace of mind. A successful presentation in Fresno might depend on completion of a college essay in Duluth. A thorough pre-signing assessment of a contract in Texas might hinge on the timely arrival of a dog walker in Silver Springs. Today's 401k participation may depend on a student loan taken out in 2002.

Such creativity has more than just practical benefits; Horizons Workforce Consulting has found that just demonstrating interest - an employer that goes to affinity groups to ask what's challenging people - can itself be transformative. In other words, never underestimate the value of listening, says Julie.

Root Out HR Issues with These Simple Questions

The New York Times writer connected his aha moment to the automotive industry and a system that whittled delays on the production line down to "The Five Whys;" questions you keep asking until you get to the cause. As he found out, it's not so different for working parents.

"Understanding how to analyze problems by drilling down to their roots can go a long way toward making life easier," he wrote.

The same goes for employers. Just don't be surprised if you drill down and find the misfiring of the "trap" at the end connects to an errant shoe left dangling all the way back at the start.