The Best Retention Tool You're Probably Not Using

Not long ago, a University of Georgia study showed the words "thank you" were the key to happy marriages. Turns out, the same might be said for happy workplaces. Appreciation ; feeling one's job is valued -- is essential to job happiness. It's a recognized key component of retention. Our own Horizons Workforce  Consulting data shows a strong link between supervisors who recognize accomplishment and employees who are productive. "Feeling valued" was reported by most (84%) employees who called their employer a Dream Company. Conversely, 65% of those in a Career Builder study called not feeling valued a primary cause of job dissatisfaction. A Gallup study said employees who don't feel recognized are twice as likely to quit in the next year -- yet only a third say their contributions are adequately recognized.  "At any given company," says Gallup, "it's not uncommon for employees to feel that their best efforts are routinely ignored." So if appreciation is our best retention tool, why aren't we using it?

Missing Out on the Best Retention Tool

It might be misinterpretation. Many people confuse recognition with raises and promotions. Those are important, but not enough. Such rewards are all but expected -- and they only come around once a year. Others don't make appreciation a stated priority. Even in long-standing personal relationships (like those in the Georgia study) gratitude takes deliberate effort. To be channeled at work, appreciation has to be prominent in culture, values statements, and training; it also has to be consistently modeled from the top down. "When you show that you value someone on your team and their direct reports are watching, it can really help," author and Dartmouth Business School Professor Sydney Finkelstein told Harvard Business Review.

"Thank You" as a Retention Tool

And there's good reason to encourage managers to do so. The Gallup study said nearly a third of people put manager recognition at the top of their wish list. Further cementing the point: the exceptional retention rates at those aforementioned Dream Companies. "Feeling recognized by supervisors is highly correlated with agreeing 'my organization really cares about my well-being,'" says Horizons Workforce Consulting's Lucy English. "And that's one of the top three characteristics of being a Dream Company." The fringe benefit is you end up with not just loyal employees who say they work at Dream Companies - but dream employees who want to stay there.

More Than Dollars and Cents

One interesting  study gave a wholly literal interpretation to value, saying it was an employee's ability to see how his or her job factors into the company's financial success. The study said a large portion of employees couldn't connect the dots, causing a writer to ask, "How can you be fully engaged at work when you don't completely understand why your job matters? It's a recipe for disengagement." Dollars and cents may be one way to quantify contributions. But it can be a tall order for the many jobs that don't have an obvious line between work and profits. It's also perhaps a little too literal interpretation of an employee's worth. On the other hand, there seems to be lots of opportunity to communicate value via the simplest and least expensive method: the humble thank you. In ROI, those are two words that seem to be worth their weight in retention. 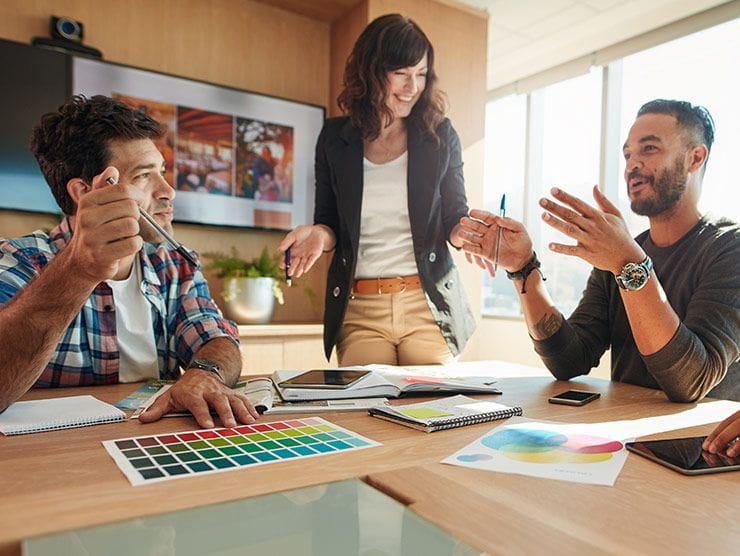